Guardians of the Galaxy Vol. 2

So, I gave in. I agreed to see Guardians of the Galaxy Vol. 2 with my favorite nerd, my husband, but things aren’t usually that simple, are they? I couldn’t possibly see the second movie without seeing the first (insert eye roll). My man, who sleeps in on the weekends and hadn’t yet had his coffee, has never been so chipper on a Saturday morning! He woke up smiling ear to ear and full of laughs for a 7am screening on the couch.

I was surprised that the movie was actually funny! It was very little like I expected and held my interest throughout. Did I mention the soundtrack?! Buy the soundtrack, people.  Now I’m thinking Part 2 won’t be so bad after all!

Now, it’s Sunday… movie day, we’ve got our snacks and we’re excited heading in with our son and my brother-in-law! I won’t recall the entire movie as… well, I don’t remember all of it (I was taking notes though, people), but I don’t want to spoil it and really just want to give my perspective, which I’m sure is quite different than anyone who truly enjoys this kind of thing.

First and foremost, I LOVE the soundtrack! 70s and 80s music is my jam and this, like the first movie/soundtrack, pumps me up! Being a sucker for the distasteful, an early nipple joke settled me right in. Peter “Star Lord” Quill (Chris Pratt)  is trying to figure out who his father is and his friends, new and old, are up for the challenge. Baby Groot is too stinkin’ adorable and I’m pretty sure I need one. This will not surprise those who know me we

Rocket is feisty, rude, brilliant and witty. Safe to say I love him.
The movie is alive with action, color (there should probably be an epileptic warning somewhere) and sound. I really appreciate how the characters are bonded. They are all so different, yet working towards the same goal and compliment each other well. They fight, get over it and move on. I really enjoyed all the banter (and the Cheers reference!).

Zoe Saldana is perfectly flawless. The High Priestess in head to toe solid gold is perfection. The costumes, makeup and hair were all perfectly mastered. I thought the parallels between the movie and real life were a nice surprise (I didn’t expect “this” kind of movie to be “real” in any way). Sisters argue, they want to kill each other and, usually, they come around and connect with love.

Highlights for me included the Mary Poppins reference that everyone is talking about. I loved Mary Poppins as a kid (and still do!), so this made the movie for me!

Drax had my second favorite line of the movie “There are two types of beings in the universe. Those who dance and those who don’t”. YES!! I’m probably going to print this and hang it on the wall.

I found it entirely fascinating that when the movie was over, NO ONE LEFT THE THEATER! What? What is happening? I was so confused. I’m not a fan of credits. I was, once again, pleasantly surprised. There are extra scenes. Every single person in the theater seemed to be in on this except for me and I was happy to learn something new. They don’t do this with chick flicks.

My husband and I are very different and I have rarely given his “nerd stuff” the time of day. When I do, I’m never disappointed. Not necessarily for the content (although in this case – it was great!), but because it makes him so happy. That’s what it’s all about. Take your favorite nerd and go see Guardians of the Galaxy 2 (and take the time to see the first if you haven’t)!! 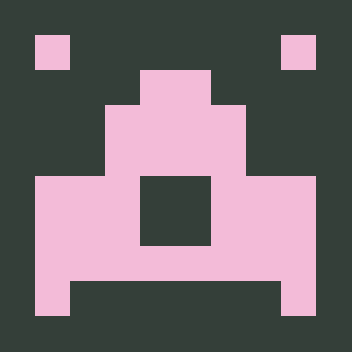 View all posts by nerdwife